Although not as profound as Heisenberg's famous Principle that underpins quantum mechanics, the "trash uncertainty principle" is probably equally valid.

Simply, the rules, processes, procedures and regulations that govern trash systems across North America are almost always different from location to location. Anyone charged with designing a trash system better be aware of this fact. The only thing certain is trash handling in one community will be different than what's done in the neighboring city.

There are three reasons why this is so. Reason Number One is trash collection is handled differently than almost any other service in the US. Generally, most services are provided by either private businesses or the public sector. But not waste and recycling. If you asked, who provides trash services, the answer is "all of the above." Private hauling companies emerged with urbanization in the 19th century. Then at the turn of the last century, cities — driven by the "good government" ethos of the first Progressive movement — began creating municipal waste disposal operations. And finally, in the 1960s and 70s, cities started "privatizing" government services, resulting in governments granting "franchises" to private companies to dispose of garbage.

The upshot is most cities in the US do something different with regards to picking up trash. For example, north of Atlanta, in Marietta, residential waste disposal is handled directly by the city. Twenty miles to the east, in Alpharetta, the city has granted a franchise to Republic Services. Between these two communities is Sandy Springs, which has neither municipal trash services nor a single franchisee. Instead, it has a list of authorized haulers (18 total) with whom residents and businesses can privately contract for disposal services. This type of variability is commonplace throughout the US. Practically every municipality does its own thing.

And this extends to price structures. Where markets are competitive and there are a large number of hauling choices, disposal rates are similar, moving (as predicted by economic theory) close to price = cost. But in hundreds of localities, prices are set either fully or partially by city regulators. And cities do so in all sorts of ways. In New York, for example, there is a maximum price for commercial waste services, but "carters" can charge less. In Oakland, monthly rates for waste services are based on volume, but there are minimums required for multifamily properties and — naturally — recycling is billed on a per unit basis not a per service basis. In Frisco, Texas, prices for front-load LOOSE dumpster service are 70% less expensive than for front-load COMPACTED service on a $ per lb. basis. Why? Same trucks, same drivers . . . go figure.

The second reason is the "diversity of diversion." The recycling movement began in earnest in the 1980s (who can forget the Mobro waste barge wandering, like Sisyphus, up and down the Eastern seaboard forbidden to dispose of its wastes). Everyone was talking about the "landfill crisis" and the need to divert to avoid exhausting our limited supply of disposal space. In the 1980s we began to see states and localities pass diversion ordinances. Today (at last count) 22 states had overall recycling laws. But many don't. And then hundreds of municipalities have taken it on themselves to pass their own recycling ordinances. Sometimes they mandate collecting cardboard along with waste. Sometimes, commingled recyclables. Sometimes they add in organics. And in some places (such as South San Francisco, CA) you are expected to collect trash in five (!!) streams: waste, compost, cardboard, mixed paper [not including cardboard] and glass and plastic containers.

Along with diversity in what must be diverted, there is comparable diversity in who is required to source separate materials and in what type of containers. Examples abound. In Honolulu, City Ordinance Chapter 9 - 3.5 mandates specific recycling streams for specific industries. Bars and restaurants must recycle glass. Offices must recycle paper. Hotels and grocery stores must divert food waste. But multifamily properties (big waste generators) are pretty much exempt from this ordinance. In tiny Teton Village, WY, all recycling must be source-separated, but only into 32-gallon carts (?). San Jose requires you to separate materials into two streams, wet (with organics present) and dry (no organics present). Mexico City requires three streams, (1) organic, (2) inorganic recyclable and (3) inorganic non-recyclable. Then of course, there is Austin, TX with its URO (Universal Recycling Ordinance) which not only mandates several streams and convenient locations, but enables the city to inspect large multifamily property to ensure compliance.

The final reason for uncertainty in the waste industry are regulations related to waste and recycling that are less about services and more about building code requirements. Again, you can find examples of this all over the US. In Sunnyvale, CA, all units in multifamily buildings must be no more than 150' from a waste disposal point. In Bellevue, WA a trash disposal location has to be provided for every 30 units. Close by in Seattle, all multifamily properties with over 100 units have to allocate a minimum of 575 square feet (plus 4 square feet for the number of units > 100) for trash storage. (And Seattle also mandates, in its code SMC Solid Waste 21.36.080.A.4 a maximum grade [6%] for uncompacted bins () 2 cubic yards and only 2% for dumpsters larger than 2 yard.)

Which leaves us where we began . . . with uncertainty about waste and recycling. Anyone designing waste and recycling systems anywhere in the US better recognize this principle and start-off only being certain about what you don't know. Otherwise, you may come up with a system where the services cost way more than they should, or which is completely out of compliance with local mandates. (PS: And, in the long run, that can cost you even more money.) 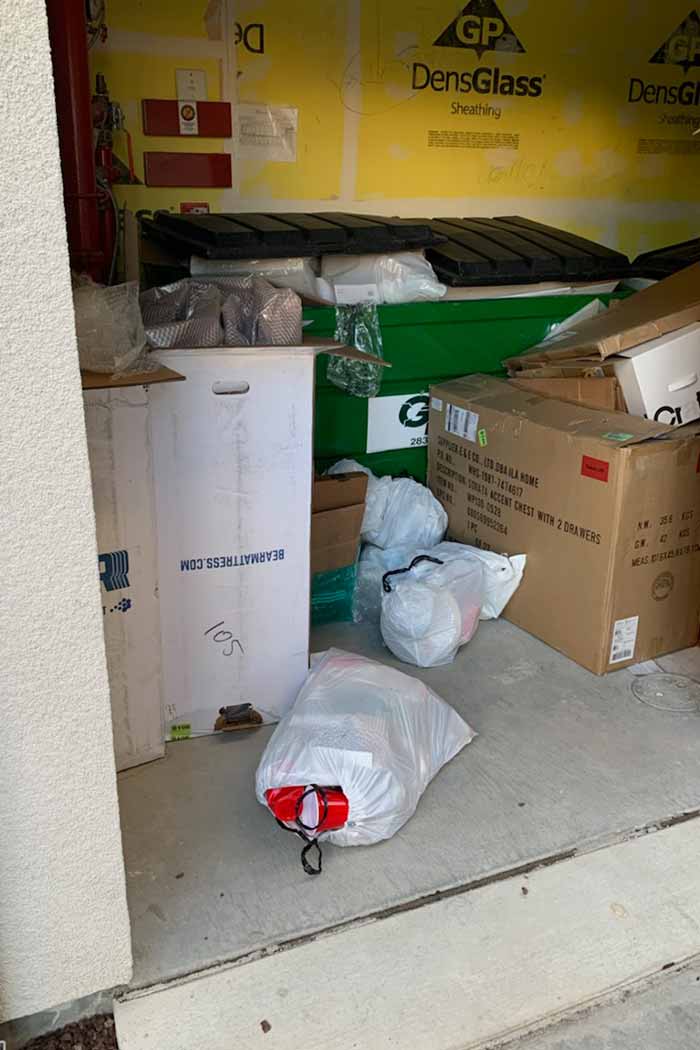 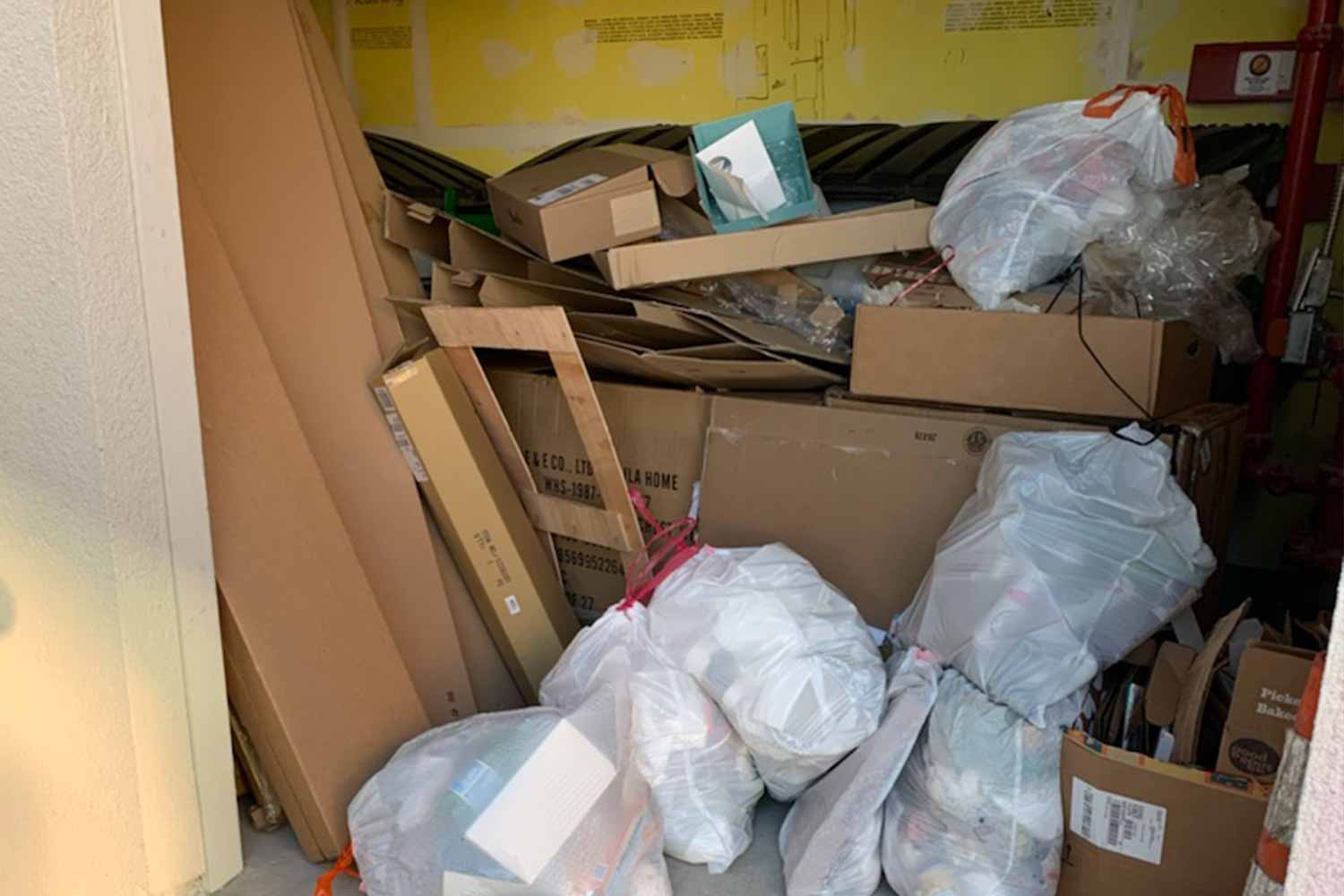